My friend Carron. She can change the world. 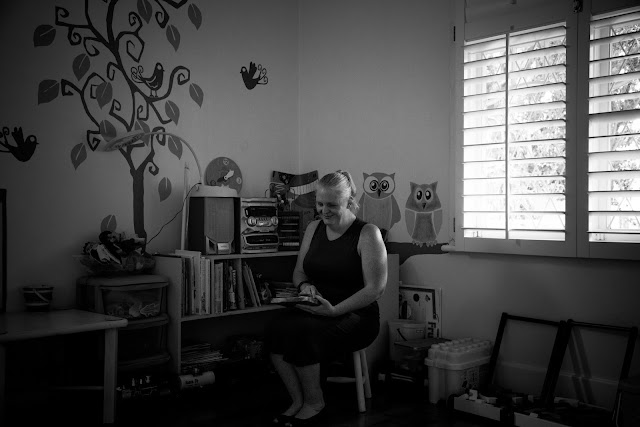 I have a very dear friend.
She is completely different to anyone I've ever met- but not in the way other people might first believe her to be.

Carron is completely unique right down to her core- her mind, her heart, her soul. She's just different.  She's practical, active, forward thinking and unsentimental. She's never disappointed by what she sees or faces and always believes in moving forward.

She doesn't get stuck on things. She never longs for times, things or people gone by and she believes anything is possible to those who are willing to do the work.

When we first met she was just about as wide as she was tall (or rather- short.) 5months pregnant with her son Jack, working in Umbilo- at the KZN Blind Society and single handedly managing the children services division.  I expected to walk into a little run down house full of sad blind children in a very dodgy part of Umbilo and be immediately depressed. (I confess pure ignorance here.)  But, it wasn't. It wasn't a sad place at all. The children were playing, the staff were chatting happily and the house itself was freshly painted, wonderfully neat and tidy and terribly sweet. Modest; yes, but sweet.  It didn't take me long to figure out that Carron was the reason the school was the way it was. I worked with Carron for 5 months before taking my final exams, and I knew back then- she was different.  Carron didn't behave as you'd expect a manager to. She did everything she asked of her staff and more; she cleaned alongside them, made the childrens food and fed them, changed nappies,  potty trained, washed clothes, wiped down windows and furniture and never acted like she was above anyone.  She ran the entire school and also taught the preschool class- even as a fully pregnant woman she hardly ever sat down.

It wasn't just what she did though- it was also how she did it. Carron has this way of making light of everything, of 'finding the funny' everywhere. She chatted and joked with the staff through every messy situation, always putting a positive spin on the events. She gave the children nick names, describing their behavior and personalities and always cuddling them as she explained her choice. She had time for all of them. They all knew love.

At this point I should probably mention that Carron too is visually impaired. And, for those who can't tell by meeting her, very low vision at that.  She's the most 'seeing' blind person I know- and an amazing life lesson in her very existence. Carron can do everything - (probably except; drive my car..) Her gift to the world is that she's never made her low visions an excuse or the whole focus of who she is.
My gift is that I've done the same.

Carron is firstly; my closest friend. She's an aunty to my kids, the manager of my intervention centre and my everyday support. She's a wife, a mother, a sister and daughter, a teacher, a councillor and a friend. Somewhere at the bottom of a very long list of all Carron is - you'll find 'visually impaired.' 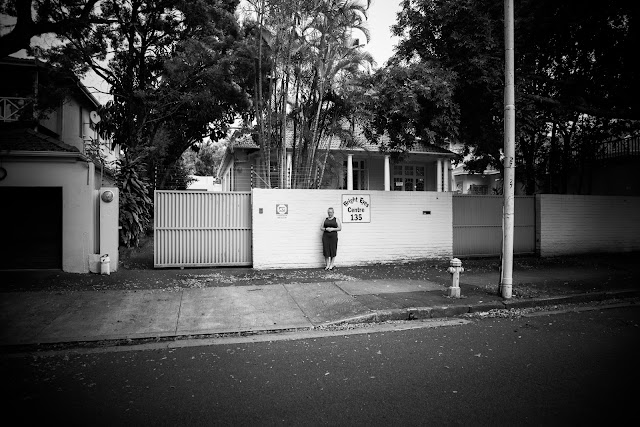 We started Bright Eyes together in 2009 and it is the product of a shared dream to provide a very special place of support, care and nurtured growth for visually impaired children and their families.
I truly believe that much of our success and continued passion is due to the strong friendship and trust that we share.

I love seeing the look on a parent's face when they realize the centre manager and main carer is visually impaired herself- and moments later; the look of relief, then hope- as they realize their child may be capable of the same full life and skills Carron is.

Everyday she's the first to open the centre doors and the last to close them in the evening. She knows every parent's work schedule and every child's favourite toy. She greets everyone with a smile, kind compliment and cheeky joke. She kisses the kids- all the kids.
She's the only person I know who can put any baby to sleep. Any baby. Probably because she'd spend all day rocking them and singing in a low voice if that's what it took.

She listens. She listens to everyone. She'll spend 30mins at the door comforting a stressed mum or waiting for a new child to feel comfortable enough to come inside.  She never judges. She believes in everyone's ability to make their own choices and she doesn't waste time forming her own opinion of it.

She tries harder and works harder and pushes herself harder than any person I've ever met. She does it naturally- it's just how she is.

Carron has her own story- part of it shaped who she is and part of it taught her what she knew she would always refuse to become. One day I hope she'll share it with you. For my part- Im consistently and immeasurably grateful for her and all she is. 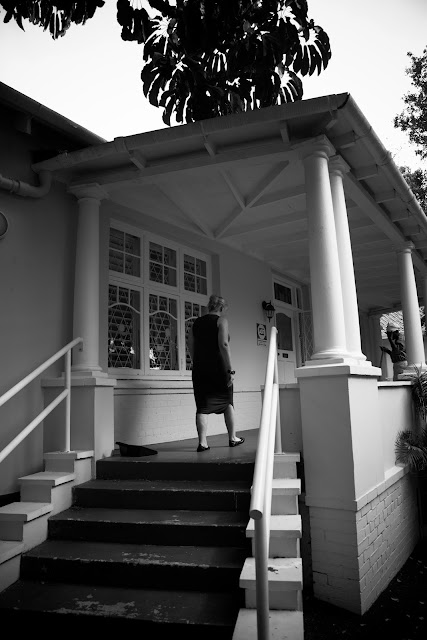 I  could never trust Bright Eyes to anyone else. She's an example to all the families that find us, and a loud announcement to the world:
THIS IS WHAT WE CAN DO!